Before you hit the streets…

Let’s briefly introduce Prague, its history and monuments. As the nation’s capital, and the largest and most populous city in the Czech Republic, it has been the center of the Czech state for more than 1,100 years – first with the early Přemyslid principalities, then the Bohemian kingdom, and even the center of the empire for several times during its history. Prague is a city with extraordinary charm; it inspires artists, and it’s also visited by up to 8 million visitors from all over the world every year.

Prague lies in the middle of the Bohemian Basin on the banks of the Vltava River. It currently has a population of approximately 1.3 million and is home to the nation’s most important institutions (president, government, parliament). The extraordinary concentration of architectural monuments led to Prague’s historical center being inscribed on the UNESCO World Heritage List in 1992. The historic district is truly exceptional and contains every architectural and artistic style, from the Romanesque onward. You’re sure to be enchanted by the atmosphere of its majestic spaces and hidden corners, and the views across the Vltava and Charles Bridge to Prague Castle are unbeatable. Prague is rightly considered one of the most beautiful (capital) cities in Europe; some might even call it the most beautiful cities ever.

The oldest evidence of a settlement on the rocky promontory on the left bank of the Vltava comes from the Neolithic period. A turning point in ancient history was the founding of Prague Castle (in the 9th century); it became the seat of the first princes of the Přemyslid dynasty, who ruled the Czech lands for more than 400 years (until 1306). After the Přemyslids, the House of Luxembourg ascended the Czech throne, then the Jagiellonians, followed by the Habsburgs (from 1526 to 1918). Of all the rulers who lived in Prague and contributed to its development, the most credit goes to Charles IV (1316–1378), during whom Prague became the leading city of Europe (Prague diocese promoted to archbishopric, university founded, construction of St. Vitus Cathedral started, foundations laid for a new stone bridge, New Town founded, etc.). In 1918, the Habsburg Austro-Hungarian empire disintegrated, and Czechoslovakia appeared on the European map, with Prague entering a new era as the capital of the newly born republic. In 2018, 100 years after its founding, we celebrated this jubilee in the streets of Prague, this time in the capital of the Czech Republic, which was established in 1993 after the division of the joint nation of Czechs and Slovaks.

The most important landmark of the Czech capital is Prague Castle; it’s the city’s dominant feature, and the panorama of Prague would be incomplete without it. It became the fortified seat of the ruling Přemyslid princes in the 9th century, and it has been the political and spiritual center of the country ever since. During the 11 or 12 centuries of its existence, it has grown into one of the largest castle complexes in the world. The castle’s 3rd courtyard is home to the Gothic Cathedral of St. Vitus, Wenceslas, and Vojtěch. It was built on the site of the original rotunda and later basilica by Emperor Charles IV in 1346, but it wasn’t completed until 1929. The cathedral, the holiest place in the castle as well as the entire country, is also the burial site of the Czech kings and princes, including St. Wenceslas, the eternal patron saint of the Czech lands. The cathedral is not the only landmark in the castle complex, of course; sightseeing tours introduce visitors to the Old Royal Palace with the Vladislav Hall, the permanent exhibition of The Story of Prague Castle with authentic, thousand-year-old items (including St. Wenceslas’ helmet), the Prague Castle Picture Gallery, the Basilica of St. George, and Golden Lane, or you can climb up to the gallery of the great tower in the cathedral. The Prague Castle complex is surrounded by freely accessible gardens which include the Renaissance Royal Summer Palace and a “gym” from the middle of the 16th century – the richly decorated Renaissance Ballroom.

On the west side, the castle complex connects to Hradčanské Square with the Archbishop’s, Schwarzenberg, Martinický and other grandiose palaces. From here, it’s just a short walk to the Baroque Loreta and to Nový Svět (New World), an inconspicuous yet all the more picturesque district away from the tourist bustle but still close to the castle.

The Lesser Town (Malá Strana, earlier called New Town) spreads out between Prague Castle, Petřín Hill (327 m above sea level) and the Vltava River. Its center is the Malostranské náměstí with its Church of St. Nicholas, an excellent example of the High Baroque. Not far stands the former residence of General Albrecht of Wallenstein – the magnificent Wallenstein Palace with its large garden nearly rivalling the vastness of the Prague Castle complex. Its Romanesque origin is clear in the architecture of the Church of the Virgin Mary under the Chain; it belonged to the Johannites (Knights of Malta), who were charged with guarding the stone bridge. On Karmelitská Street, in the Church of Our Lady Victorious and St. Anthony of Padua, the Infant Jesus of Prague has been fulfilling the wishes of believers for almost four centuries; it was donated to the Carmelites by Polyxena of Lobkowicz (“Hold it in reverence and you will do well").

The Lesser Town is connected to the opposite right bank of the Vltava by the Charles Bridge (called the Stone Bridge until 1870), the second oldest bridge in the Czech Republic. It replaced the original Judith Bridge which was pulled down by floodwaters. The construction of a 515 m long bridge with 16 arches began in 1357 and was completed in 1402. Later on, 30 Baroque statues and sculptural ensembles were placed on the bridge. We consider the Gothic Old Town Bridge Tower to be the most beautiful pillar in Europe.

The center of the historic Old Town on the right bank of the river is the Old Town Square with its town hall and astronomical clock from 1410, the third oldest in the world and the oldest still functioning. On the opposite side of the square rise the two towers of the Gothic Týn Church, one of the dominants of the Old Town. Between the Old Town and the bend of the Vltava lies the Josefov district (Prague’s smallest district), where a Jewish ghetto (“city within a city”) used to be from the 11th century. It was shut down in 1848; it was redeveloped at the end of the 19th and beginning of the 20th century, during which most of the original medieval buildings were demolished. Fortunately, its town hall, old cemetery, Old-New Synagogue, and other structures escaped destruction.

Founded in 1348 by Charles IV, New Town (Nové Město) is a generously designed district with wide streets and a well-conceived urban plan. It was inhabited mainly by craftsmen. The center of the district (and today, of modern Prague) is Wenceslas Square (until 1848 the Horse Market). It’s more of a wide modern boulevard than a square and is dominated by the National Museum at the top. Still, Charles IV intended the even larger Cattle Market (80,500 m2) to be the center of new Prague, today Charles Square. In its northern part stands the New Town Hall which served its purpose until 1784. In 1419, this was the site of the first of Prague’s defenestrations which triggered a wave of unrest and subsequently the Hussite wars. Modern architecture in the New Town has its face in the Dancing House (“Ginger and Fred”), completed in 1996. The dominant landmark of the Vltava embankment (the natural border of the New Town) is the Neo-Renaissance National Theater, one of the most important buildings in the country for architecture, history, and culture.

It’s not far from the New Town to Vyšehrad, a legend-packed symbol of Bohemia’s oldest history. In the 2nd half of the 11th century, the first Czech king, Vratislaus I, moved his royal residence here and also founded the chapter Church of St. Peter and Paul. The oldest building of the former fortified settlement of Vyšehrad, however, is the Rotunda of St. Martin, which, although rebuilt, retains much of its original form from the 11th century. At the end of the 19th century, Vyšehrad became the site of the nation’s cemetery for the most important personalities of Czech cultural and social life with the monumental Slavín tomb.

For more information, look in the guide 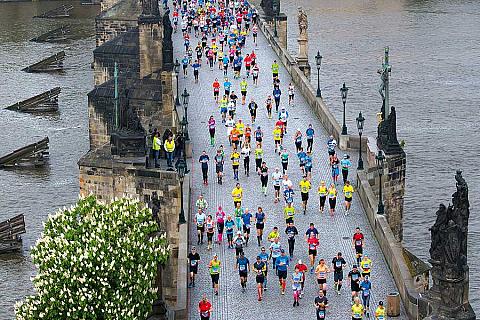 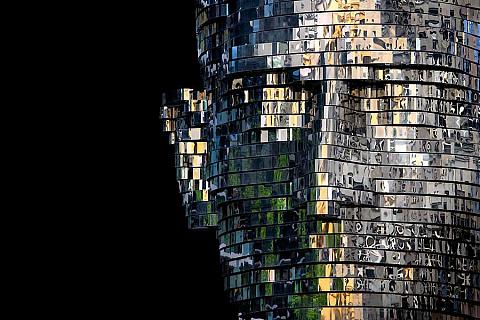 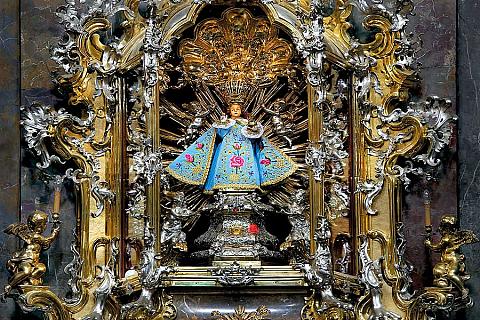 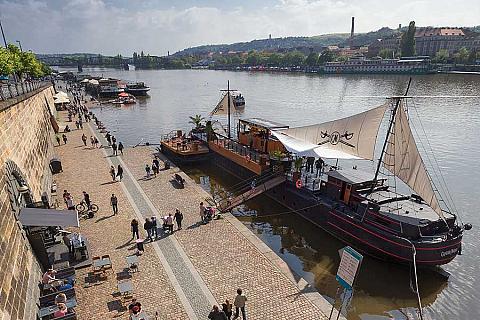 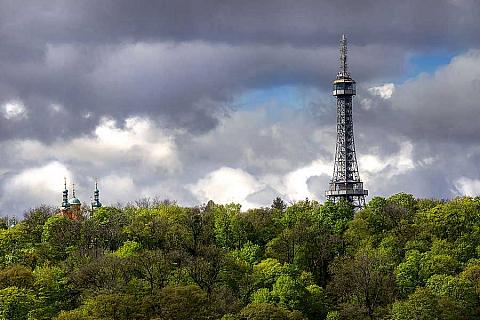